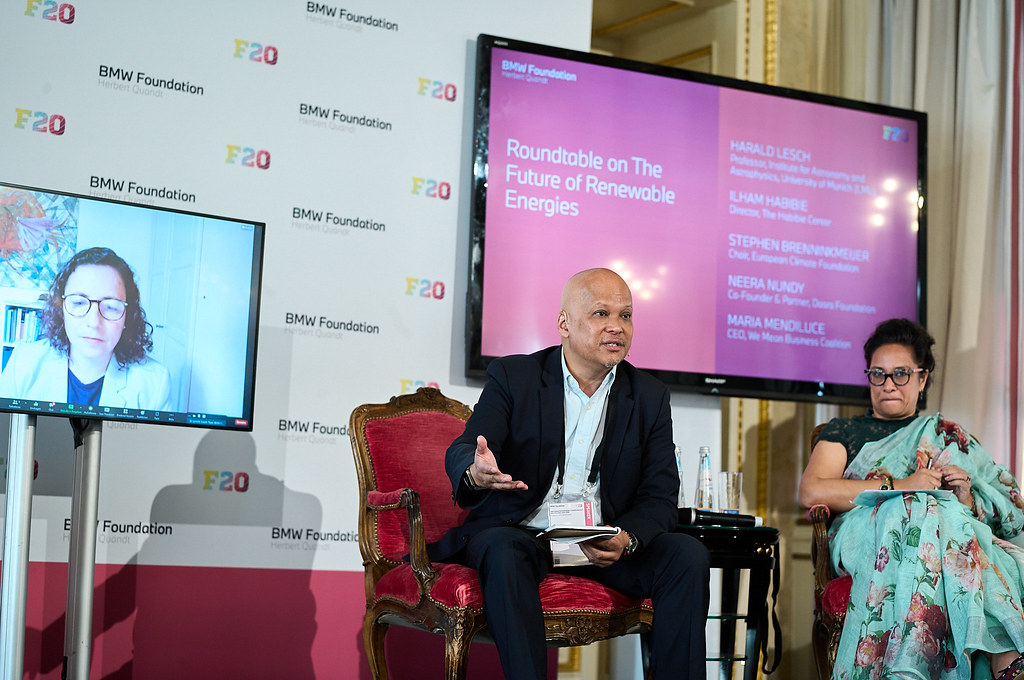 Munich, Elmau, June 2022: All eyes were on Castle Elmau in the south of Germany in the last days where Federal Chancellor Olaf Scholz called upon the G7 member states to convene from June 26th-28th for the G7 summit.

The summit was met with high expectations in a very challenging environment with a war in  Europe. The world’s ability to tackle climate change depends more than ever on close collaboration, mutual trust and awareness of common global responsibilities. This has also been reaffirmed by the German G7 and G20 Sherpa Jörg Kukies at our high-level event three days prior to the G7 summit on June 23rd in the Bayerischer Hof in Munich. Jörg Kukies emphasised the need to coordinate more closely than ever before united by the shared values of democracy, freedom, peace and human rights to achieve the claimed goal of the German G7 Presidency “Progress towards an equitable world”.

The event in Munich has been jointly organised with the BMW Foundation Herbert Quandt, and was supported by Stiftung Allianz für Entwicklung und Klima, Bürgerstiftung München and Stiftung KlimaWirtschaft (German CEO Alliance for Climate and Economy). A high range of distinguished speakers from politics, academia, business and civil society joined the climate dialogue and elaborated how to push the energy discussion beyond the G7 lines and build bridges between the tracks of the G7 and the G20. Key questions addressed included upscaling renewables and accelerating the Global Just Energy Transition whilst also exploring the promising role of industry and business in ramping up private investments to deliver on the global goals. The event can be looked up here.

F20 further presented their list of annual key recommendations to the G7 and the G20 with a particular focus on urging the governments of the G7 countries to enhance climate partnerships and to agree on a G20 renewable power target of 70% by 2030. The F20 Recommendations can be read here.

Unfortunately, the G7 outcome includes only few concrete and measurable commitments from the G7 countries such as advocated by the F20 recommendations, which are crucial to respond to the urgency of the climate crisis, phase out fossil fuels and accelerate a global just energy transition. However, the attendance and a joint declaration of the G7 together with India, Indonesia, Argentina, Senegal and South Africa was a very encouraging sign for the importance of international cooperation and Just Energy Transition Partnerships (JETPs). Explicatly South Africa, India, Indonesia and Vietnam were mentioned in the final documents of the G7 summit. An assessment of the G7 Summit by F20 can be found here.