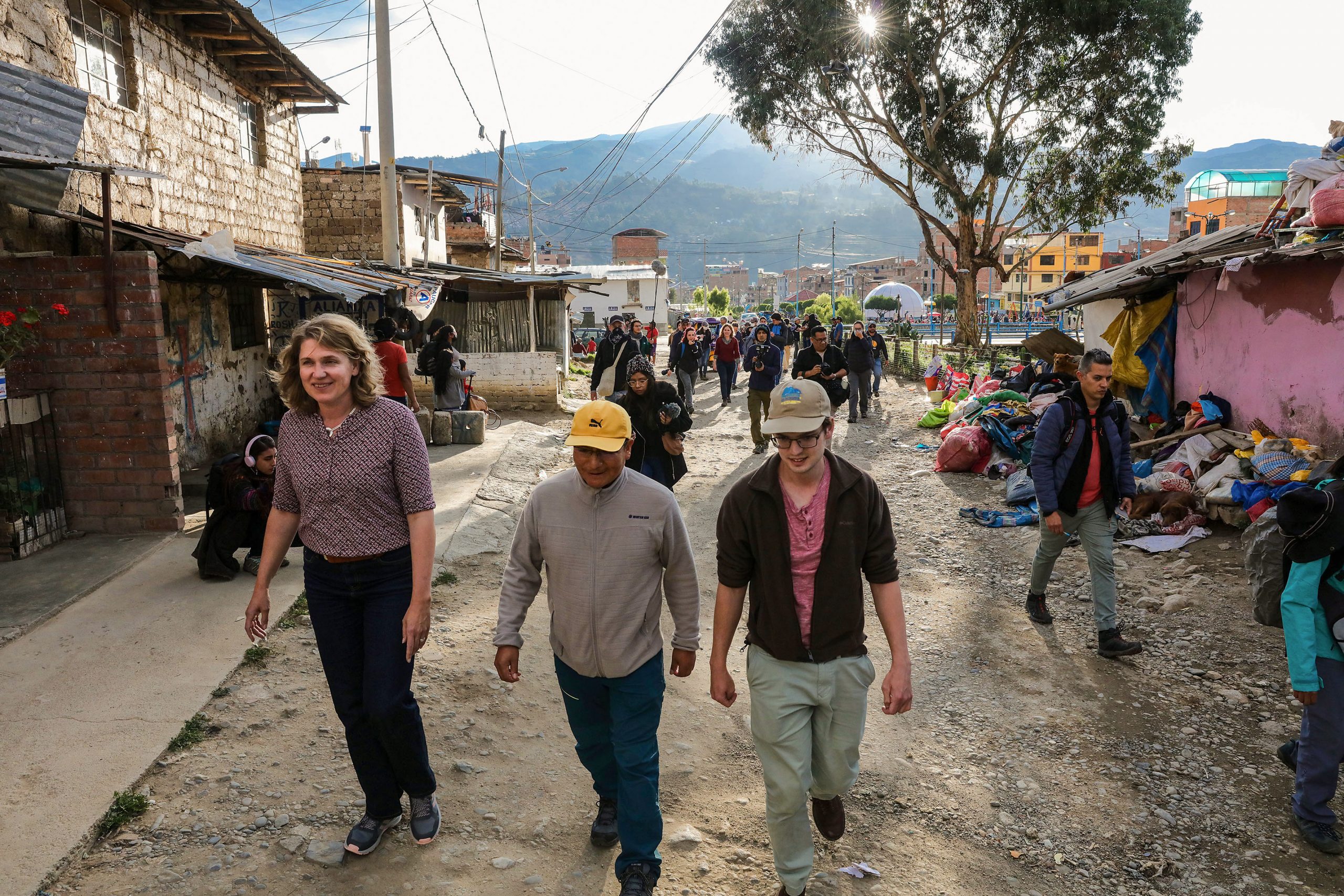 Climate case of a Peruvian farmer and mountain guide against German energy company RWE at the Higher Regional Court of Hamm: judges and experts travelled to Peru / experts examined the danger of a possible flood wave for the plaintiff’s house

Huaraz, July 2022: The climate lawsuit of the Peruvian Andean farmer and mountain guide Saúl Luciano Lliuya against the energy company RWE has entered the decisive phase six and a half years after the lawsuit was filed: After a long delay, especially due to the Corona pandemic, a site visit took place in May in the Andean city of Huaraz. Judges of the Higher Regional Court (OLG) of Hamm (Germany), legal advisors and experts travelled to Peru to examine whether the plaintiff’s house is threatened by a possible flood wave from the glacier lake Palcacocha above the city. The entire danger zone in Huaraz actually covers an area where around 50,000 people live.

The plaintiff is pleased that the proceedings, which have attracted worldwide attention, are now picking up speed again: “I hope that the judges and also the representatives of RWE have realised through their visit the ever-increasing risk we are exposed to here. The question for us is not whether a flood wave is imminent, but when and how badly it will hit us. I look forward to hearing the experts’ assessment.”

Climate change in the Andes has caused the glacial lake to grow 34 times in volume since 1970. According to earlier studies, it is increasingly likely that large pieces of ice and rock will fall into the lake in the face of thawing permafrost and melting glaciers. A resulting flood wave would have devastating consequences for the plaintiff’s family and the residents of Huaraz, according to the plaintiff’s lawyers.

The case sets a precedent for whether, in the face of the climate crisis, the world’s largest emitters must proportionately fund protection and compensation for risks and damages to people affected by the consequences.  Research that can attribute damages to global climate change has made great progress in recent years.

Luciano Lliuya’s lawyer, Roda Verheyen: “I am happy for my client that a decision in the matter is finally pending. The evidence taken is overwhelming. We hope that there will now be a quick further trial and judgement so that the necessary protective measures can finally be started.“

Christoph Bals, Policy Director of the environmental and development organisation Germanwatch, which has supported Luciano Lliuya’s lawsuit since the beginning: “It was moving to see how the case is now supported by the regional government, the national park and in the surrounding villages. The case is already a globally relevant precedent: whoever harms others through large amounts of released greenhouse gases bears responsibility for the damage – given the global impact of the CO2 released here, also in the global neighbourhood. If the scientific evidence in this case can now also be presented, this will have considerable consequences for justice, politics and financial markets worldwide.”

After this stage of the evidentiary hearing, the expert opinion and an interim decision in this important test case are now expected soon.

Further information on the climate lawsuit against RWE as well as photo and film material for media coverage at: https://rwe.climatecase.org/en

At the beginning of the proceedings, the German Foundation “Stiftung Zukunftsfähigkeit” committed to cover all costs incurred by the plaintiff in this precedent-setting case and regularly calls for donations for this purpose.